United States National Soccer Team coach Bob Bradley just announced his final 23-man roster in anticipation of the upcoming World Cup.  The tournament will be held in South Africa from June 11-July 11, 2010, and this marks the very first time that the World Cup will be held on the African continent.   Bradley’s final roster features few surprises, except for the fact that the only experienced National Team forward he has on the roster is 20-year old Jozy Altidore.  The other forwards are Edson Buddle, Herculez Gomez and Robbie Findley.  Brian Ching was the odd man out in this scenario, so he will not be making the journey to South Africa with the squad.

The opening match of the tournament is June 11 and it features host nation South Africa and Mexico, the United States’ rival from the CONCACAF confederation.  The US National Team kicks off its tournament against mighty England on Saturday June 12.  This game will be featured on the ABC television network live and in High Definition starting at 2:00 PM eastern time.  Their next match is Friday 6/18 against Slovenia and the final first round match is Wednesday 6/23 against Algeria.

While many US soccer fans considered this group draw one of the best-case scenarios, it is certainly not a straightforward task for the United States team by any means.  Having to play England the first match complicates matters a great deal, because assuming a loss against the heavily favored English team the US would have no margin for error the rest of the way.  This will put an enormous amount of pressure on the US team as they will need, at the very minimum, some combination of a win and a tie (4 total points) from their final two matches against Algeria and Slovenia in order to advance to the knockout stages.  That is certainly within the realm of possibility, as the US will feel they are the superior team in both those games, but you’d always rather avoid unnecessary pressure in a tournament of this magnitude.

After their success at the 2002 World Cup, and then the disappointment of the 2006 tournament, the US will want to show that they’ve progressed as a soccer playing nation these last four years.  It is essential that they qualify for at least the knockout stages for it to be considered a successful tournament.  The 2010 World Cup will hopefully be remembered as the tournament where the United States become a nation to be respected and even feared in major international soccer competitions. 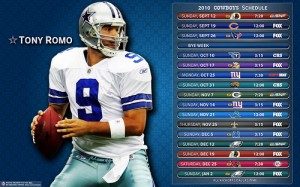 How does one of the most talented NFL teams this year outperform their opponents by over a hundred yards per game in the last four games, but still end up with a record of 1-4?  Well, if you were just guessing off the top of your head, then might say things like bad luck, too many turn overs, bad reffing, or lousy timing.  But, in this particular case, your not quite right.  The Cowboys in spite of all their natural and ingrained talent are losing simply because of a lack of discipline.  And that conclusion is supported by the number of penalties they are taking.  Right now, if you look at a certain undesirable statistic, the Cowboys are on a 10 game winning streak.

But hey you say, what ever could that streak be?  Well, for the past 10 games, the Cowboys have beaten their opponents in total penalty yards.  No other team in the league even comes close to that streak.  Checking the NFL portal, I think the next closest team has a four game streak.  That’s a pretty damning number when you think about it a bit.  Giving up a hundred or so yards in penalties, is almost like giving away a touchdown every game.  It’s obviously a problem that needs to be addressed, and it needs to be addressed at the highest level.

Simply put, Wade Phillips needs to step up and take control of his team.  These are highly paid professional players, that need to get the basics right.  There’s no excuse for taking stupid penalties over and over again in the NFL.  Of course, any good coach will tell you, this is the kind of thing that needs to be address in practice every single day.  Once the coaches make it an priority and start dealing with it, then I’ll start making my football betting picks with an eye towards a much improved Dallas Cowboys. 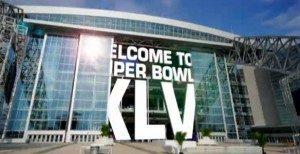 How cool is it, that Super Bowl XLV is going to be played at the home of the Dallas Cowboys?  I grew up in the seventies and eighties, and during that period, at least in my mind the Dallas Cowboys were one of not “the” powerhouse in the realm of football.  I was always a big fan of the Cowboys, and the legendary feats of  Tom Landry and Roger Staubach are very much a big part of my formative years.  I was actually kinda surprised, when I realized that for all the years the Super Bowl has been played, it’s never taken place in Dallas.  It has played in Houston a couple of times, but never in the Dallas Fort Worth area.

And, there’s no doubt, that the new Dallas Stadium is going to be a stunning showcase for the event.  I was browsing through some other football news the other day, and was wowed with the facility.  Just viewing that monster video screen would be worth the price of admission I think.  Apparently, the screen itself cost as much the old Texas Stadium, that the Cowboys used to play in.  While it would have been pretty amazing, according to the superbowl odds found at BetUS: and the basic laws of mathematics, there’s absolutely no way the Cowboys will be playing in the Super Bowl this year.  That would have been about the only thing to make a Super Bowl in Dallas even more spectacular.  Either way,  I pretty hyped about the big game, and can’t wait to see it played.

There are plenty of folks out there, that have already picked the New England Patriots to win Super Bowl XLV.  I for one am not so sure about that, and even though it may seem like a done deal, there are a few pretty good reasons why this won’t be the Pat’s year to celebrate in North Texas.  One of those reasons is consistency.  The Patriots have been beaten pretty good a few times this year, and it shows, that they’re not as invincible as some would have you believe.  The BetUS superbowl predictionfolks I think would agree with me. Their fans would argue of course, that good teams always find a way to win the big games, even if they play inconsistently throughout a season.  I however disagree.

I’m a firm believer in the mantra, that big NFL games are won on defense.  Football is war, and it’s not just about scoring the big plays and points when you get the chance.  It’s also about choking your opponents arsenal.  Keeping the other team at bay, not only makes things easier for your offensive unit, but can mentally demoralize your opponent on every level.  Once a team get’s frustrated, they start to take chances, and usually end up losing big.  The Patriots defense is an Achilles heel for the team.  Their defense is currently ranked 30th overall.

And, last but not least, some of the teams New England is likely to face down the line are simply more complete and balanced teams.  The Ravens, Steelers and Jets are all more then capable of taking New England out of the playoffs.  And, I believe one of them probably will. 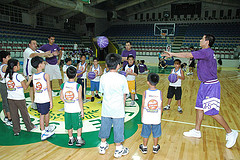 Help your child follow their ambitions by enrolling them in our exciting volleyball camps or basketball camps. Your child will find it fun and fulfilling to learn either of these sports. We take children off all ages. They do not have to be experience to enroll in any of the programs. No prior sports skill is required at all. All we need is a young person with the desire, we will take that desire and help turn it into athleticism.

Our aim is to make sure your child is well versed in the fundamentals of the sport chosen. We seek to help create the passion and drive it takes to be an athlete. We want nothing but the best for your child and we will train them to be compete sportsman.

Safety is the most important aspect of any of our sports programs. We know how important safety is ad we instruct the athletes to practice safety procedures at every practice session.

Join our volleyball camp and get training from the experts. Whether your child is just starting out or not, our staff can help develop them right at the stage they are when they enroll. We well build on their already existing volleyball camps and give them an edge above competition, or we will build your child up at a consistent rate. You can expect safety, fun and knowledge of the sport from us.

Basketball is a very popular sport. We teach young people the basics of this sport and more. We do our part by teaching shooting skills, defensive skills and more basketball camps. Our emphasis is also placed on character building and actions that will benefit the player on and off the court. We enroll students of all ages. Check out our options today.

How to Find Us

Locate us online. We’re only a click away. Find the sports camps closest to you in a matter of seconds. Look under your state to find a complete listing. We look forward to getting started. Enroll your young athlete today.